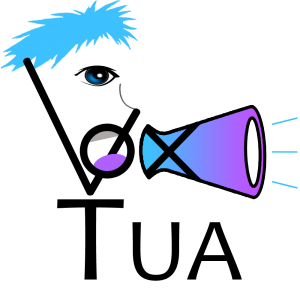 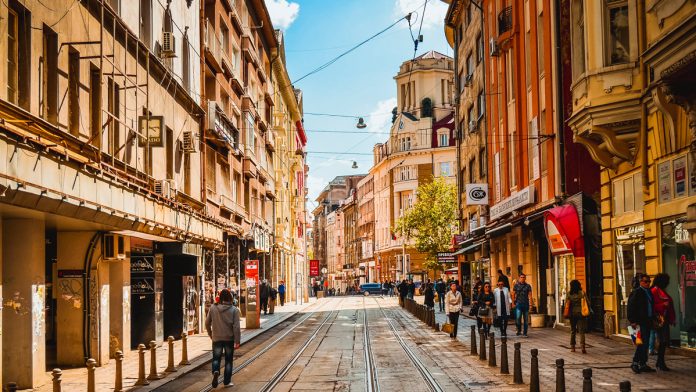 In the past months, Simeon Shtebunaev, a PhD researcher from Birmingham City University and a Bulgarian citizen, worked with the ‘Inspiring Young Minds’ project in Sofia, to interview the students taking part about their views on the built environment. Altogether, twelve students took part across two days in October, complementing their participation in the project and testing their English skills in relation to architecture and urbanism. The opinions of the young people about the future of Sofia were mixed and showed keen interest in participation in their city’s future.

Youth are not passive recipients but active shapers of our urban environments, however, often seen as an external force to the planning process.  Since the 1989, the United Nations in Article 12 of the United Nations Convention on the Rights of the Child, stipulate:

“Children and young people have the right to say what they think should happen when adults are making decisions that affect them and have their opinions taken into account” (UN, 1989) 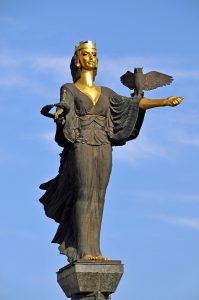 However, there has been almost no systematic progress in involving young people in urban planning, arguably the policy aspect of most relevancy to them. So, why don’t we include young people in the planning and design of our cities? In Bulgaria, a country struggling with a demographic crisis, this question goes hand in hand with the political disengagement and ‘brain drain’ the country had experienced in the past few decades.

Indeed, as a Bulgarian emigrant, my own experience of leaving the country nine years ago was tested by the young people’s views about the need to stay and work for the betterment of the built environment of their city.

The research works in the context of the recently undertaken programme by Sofia Municipality – Vision for Sofia. A holistic programme, Vision for Sofia presented in September 2019, encompassed 24 long-term goals and nearly 250 steps for the development of the Sofia Municipality. They are expected to be voted on immediately after the local elections this week in Sofia Council. The priorities of the programme are environment and urban environment, transport, people, governance, economy, identity and culture. The research asked the school students whether they have heard of the programme and of Lyubo Georgiev, Head of Vision for Sofia and Arch. Zdravko Zdravkov, Chief Architect of Sofia. The majority of interviewees had not heard about the initiative, demonstrating the need to engage young people in the planning process.

There were some interesting views emerging from the students. In the Sofia High School of Mathematics “Paisii Hilendarski” students were politically informed and had awareness about the lack of information that they receive from the local authorities, regarding participation in planning processes. Many admitted that they have not sought to inform themselves, as local participation was not a priority in their intensive education and career focused activities. However, a few admitted that if they were taught about public participation, they would love to act and work to change their neighbourhoods. Air quality, eco-friendly transport and availability of green space were the top priorities quoted by the students about the future of Sofia. In the Professional High School of Electric Engineering and Automation, the students were well informed about the planning profession, potentially due to the fact that there were some major infrastructure projects happening in proximity to their homes. Inspirationally, all of the students’ demonstrated good command of the English language and managed to discuss issues of planning policy in their second language, not a small feat.

What also came across strongly in all three schools was the clear internal turmoil many of the students were currently experiencing in regard to immigrating abroad. Many felt pressure by society to do so, however, presented many arguments why they did not want to take this path. Indeed, it is important to retain youth in their birth towns in order to achieve meaningful participation in urban planning.

The interviews were the first time the research was conducted in Sofia. Over the course of 2020, more than fifty students will be interviewed, providing an overview of their experience and awareness of town planning processes int eh city. This PhD research projects will aim to appraise the perceptions and level of awareness of young citizens, between fifteen to nineteen years of age, towards ‘smart city’ developments in four cities in Europe. The project aims to compare the examined case study cities (Birmingham and Manchester, England, Sofia, Bulgaria and Valencia, Spain) and evaluate how young people’s perceptions hinder or enable cases of participation in the planning process.  The project aims to situate the examined case studies in the wider context of smart cities discourse and planning theories of participation. The project is scheduled to end in 2021 as part of the doctoral submission to the Birmingham City University, UK.

Engaging with the ‘Inspiring Young Minds’ project demonstrated the importance of empowering youth and lifting their inspirations about their ability to change the environment in which they live. Collaborating with Vox Tua, demonstrated to me that there are inspirational organisations in the capital of my home country that aim to change youth’s perceptions and to develop a broader mindset about their future. 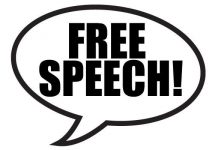 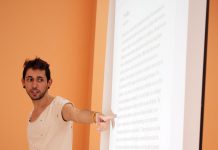